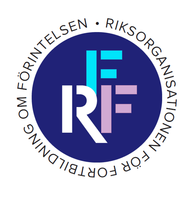 The Swedish National Organization for Holocaust Education works together with various public authorities and other instances in civic society to enhance understanding of and knowledge about the role of minorities in society and to reflect their origins. Our activities are supported by various authorities and foundations.

The Swedish National Organization for Holocaust Education plans on producing a documentary to offer educators a pedagogic tool when they teach about the Second World War and human rights.

Telling the stories of individual people’s fates and experiences during the Holocaust and framing them in an historic perspective spotlights the dangers of Nazism and its consequences for both society in general and the individual human being.

The project also has significant potential for generating sympathy and empathy for vulnerable people. Often it is only when rational thought interacts with our emotive experiences that we can gain in-depth understanding about the consequences of anti-Semitism and other forms of racism, and establish a long-term approach to dealing with them. It is through the individual’s fate that we can grasp our history.

A film with testimonies of the Holocaust

Watch our trailer on

A PROJECT IN COOPERATION WITH

The film aims at not only stimulating questions and discussions on the subject of anti-Semitism, but also at giving teachers a tool to help elevate the importance of source criticism and information evaluation to the top of the agenda.

Produced with financial support from