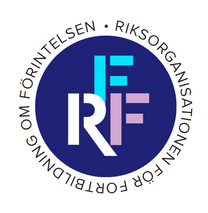 Welcome to the the press hub of the Swedish National Organization for Holocaust Education. Here you can find more information about our Organization, along with photographic images. If you are a journalist or media representative, don’t hesitate to contact us if you have any questions.

In the run-up to the International Forum on Holocaust Remembrance and Combating Anti-Semitism
– Remember ReAct – the Swedish National Organization for Holocaust Education (RFF) rolled out the drama documentary When the Voices Fall Silent. This film is part of an educational package entitled Holocaust Education Initiative which is aimed at teachers as well as high-school and senior-high school students. Teachers get an entirely new and unique pedagogic tool to prevent and counteract anti-Semitism in schools.

One of the consistent themes throughout the film is that it is primarily through “the individual person’s destiny that we can understand our collective history” and that history is about a whole lot more than just “statistics and dates”. The Holocaust impacted vast numbers of people and it is vital that the scope of this disaster is made clear in its entirety to students. The problem is that it is difficult to properly grasp the reality behind the statistics and the generalisations if we do not at the same time examine the events from the close-up perspectives and personal experiences of the individuals actually involved.

The Swedish National Organization for Holocaust Education is a non-profit organization without any political or religious affiliations. It was formed to counteract anti-Semitism and other forms of racism.

The organization works with projects whose aim is to provide education about Nazi and Communist crimes against humanity, and to further democracy, tolerance, human rights and equality among all human beings. Its work is based on the UN’s Universal Declaration on Human Rights.

We work together with various public authorities and other instances in civic society to enhance understanding of and knowledge about the role of minorities in society and to reflect their origins.

RFF works on projects whose aim is to

Our activities are supported by various authorities and foundations.